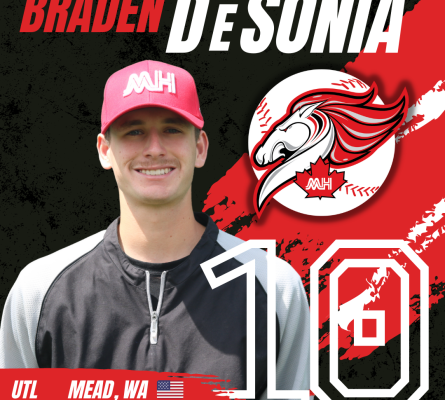 2021: Played in 38 games for the Cougars… Recorded 20 hits and eight RBI’s… Had a batting average of .323 and slugging percentage of .419… Stole seven bases and produced 29 runs… Documented 20 putouts and 26 assists while fielding .939… Daktronics NAIA Scholar Athlete and AMC All-Academic Conference honoree

*2020: Appeared in 19 games getting the start in five as a freshmen for the Cougars… Finished the season with a .350 batting average while accumulating seven hits… Had a .400 slugging percentage and a .409 on base percentage… Accumulated eight total bases while racking up four RBI and 10 runs scored… Stole one base on two attempts… Finished with nine putouts and six assists while racking up a .789 fielding percentage… Named AMC Academic All-Conference.

*Remainder of season canceled due to COVID-19

Personal: Born on July 24th 2000… Son of Rob and Mia… Brother to Megan… Majoring in Business Administration and minoring in management

Fun Fact: Doesn’t know how much longer he can cheer for the Lions