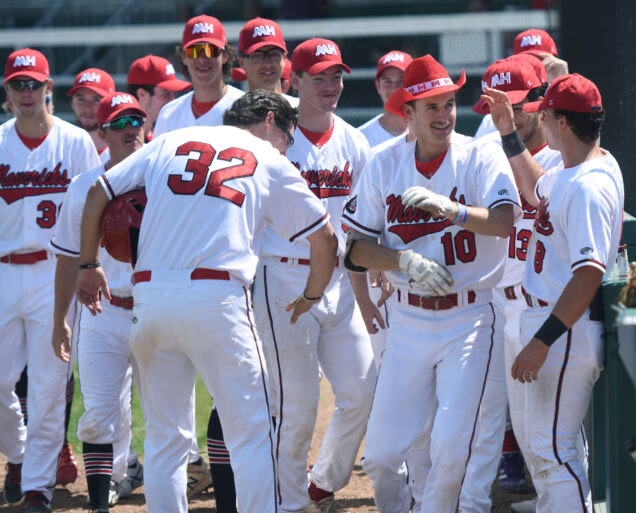 The Medicine Hat Mavericks centre fielder says those humid summers in Missouri is where he learned how to hydrate properly. But Mavs fans won’t see the 21-year-old applying any sunscreen this season.

“I don’t wear sunscreen,” DeSonia said. “I just let the baseball tan lines do their thing.”

The Mead, Wash. product has played a big role in the Mavericks young season, starting all 12 games and batting first in the lineup. He has 20 hits, seven RBIs and leads the WCBL with 10 stolen bases. He said he enjoys the responsibility of his roles and the trust the coaching staff has in him.

“It’s been awesome, I think it shows a lot they believe in me and I believe in them,” DeSonia said. “It’s pretty cool, I keep trying to do my best for them.”

His only goals for the season in Medicine Hat is to play some ball games and make some new friends along the way. His belief on why the Mavericks are as close of a team as they are is because they all love the game.

The Mavericks were in action Tuesday night in Moose Jaw against the Miller Express with a rematch set for Wednesday night. The final score Tuesday night was 8-5 Moose Jaw.

When he’s not patrolling centre field or hitting lead off home runs like he did in the Mavericks 12-5 loss to the Edmonton Prospects Sunday, DeSonia says he’ll head to a driving range to hit some balls.

He said he’s played and enjoyed Cottonwood Coulee course but is quick to admit he’s not the best golfer on the team.

DeSonia said he’s had a blast in Medicine Hat so far and credits the fans for how much he’s enjoyed being a Maverick so far.

“It’s an awesome town, the fans all seem super cool,” DeSonia said. “They’re really into all of our games and they’re still showing up even though it’s been rough this week.”

The Mavericks are riding a tough stretch of losses the last few weeks that’s put their record at 5-7. DeSonia said he believes the Mavericks will bounce out of it as players make adjustments and guys step up.

He said having the Mavericks fans cheer them on as they have makes him enjoy coming to the ballpark every day even more.

“It just makes you want to play that much harder at the end of playing five days straight,” DeSonia said. “You look in the stands and it’s just gives you some energy.”