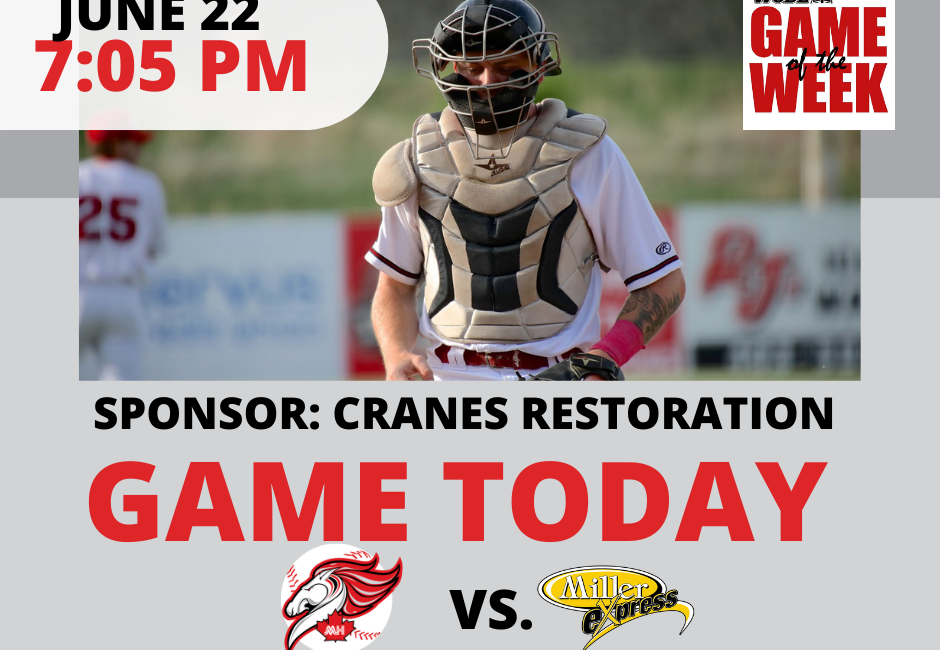 They are two teams headed in opposite directions.

With a record of 12 victories and six losses, and riding a three-game win streak, the Moose Jaw Miller Express sit in first place in the East Division and second overall in the Western Canadian Baseball League (WCBL). They are 7-3 over their last 10 contests and two of those triumphs came over the Okotoks Dawgs, the top team in the West Division.

“If there were any questions as to whether the Moose Jaw Miller Express are one of the top teams in the Western Canadian Baseball League, they were answered and then some this past weekend,” wrote Moose Jaw Today reporter Randy Palmer of the squad’s recent two-game sweep of the Dawgs.

Miller Express hitters have produced more long balls than any other team, with 14 on the year, and the team is second in total bases (269), runs batted in (107), and runs scored (125). Despite having an offence that is averaging seven runs per game, the pitching staff is a work in progress. Moose Jaw hurlers have walked more batters (96) than any other club, while also beaning a league-high 35 hitters. They are middle of the pack in earned runs surrendered (87) and in the lower end of the rankings in strikeouts (127).

A handful of pitchers also stand out for the Miller Express. Righthander Kellan Voggeser is 3-1 with a 3.41 earned run average (ERA) and 25 strikeouts through five starts and 31.2 innings, while lefty Andrew Barger is 1-1 with a 4.09 ERA and 19 Ks in 22 innings pitched. Tim Carlson, meanwhile, is 2-0 with a 1.42 ERA and 16 strikeouts through 19 frames. Jesse Scholtz has been effective out of the bullpen, collecting three saves, a 2-1 record and a 2.34 ERA in 15.1 innings of relief work.

The Medicine Hat Mavericks are chasing the Miller Express, both in the standings and in terms of execution on the field.

The Mavs are 5.5 games back of Moose Jaw in the East Division with a 6-11 record on the summer and just two triumphs in their last 10 games.

Head coach Tyler Jeske still thinks there is time to turn the season around, but he has called for more buy in from his players.

“We either really lock in and pay attention to the details or we don’t. If we don’t, this isn’t going to turn around. If we do, we have a chance to do something,”  Jeske told Medicine Hat News reporter James Tubb.

On the mound, Medicine Hat has yielded more earned runs (109) and home runs (16) than any team in the WCBL, and the number of hits their pitchers have given up (185) is the second-worst total in the league. The collective ERA of 6.44 – only the Brooks Bombers have a higher ERA – also needs improving if the Mavs hope to qualify for the postseason.

The Mavs offence features the top two base-stealing threats in the WCBL. Braden Desonia has 13 stolen bases, 21 runs and a .364 batting average, while Kellan Williamson has 12 swiped bags, 23 runs, 13 RBI and is batting .406 through 17 games. Infielder Adrian Salazar leads the Mavs in RBI, with 17, and has produced a .371 batting average.

On a struggling pitching staff, reliever Isaiah Bartels has been depended on throughout the summer. The righty hurler has 20 Ks in 19 innings, while recording one save and a 3.31 ERA.

The Mavs square off against the Miller Express at Athletic Park tonight at 7:05 p.m.