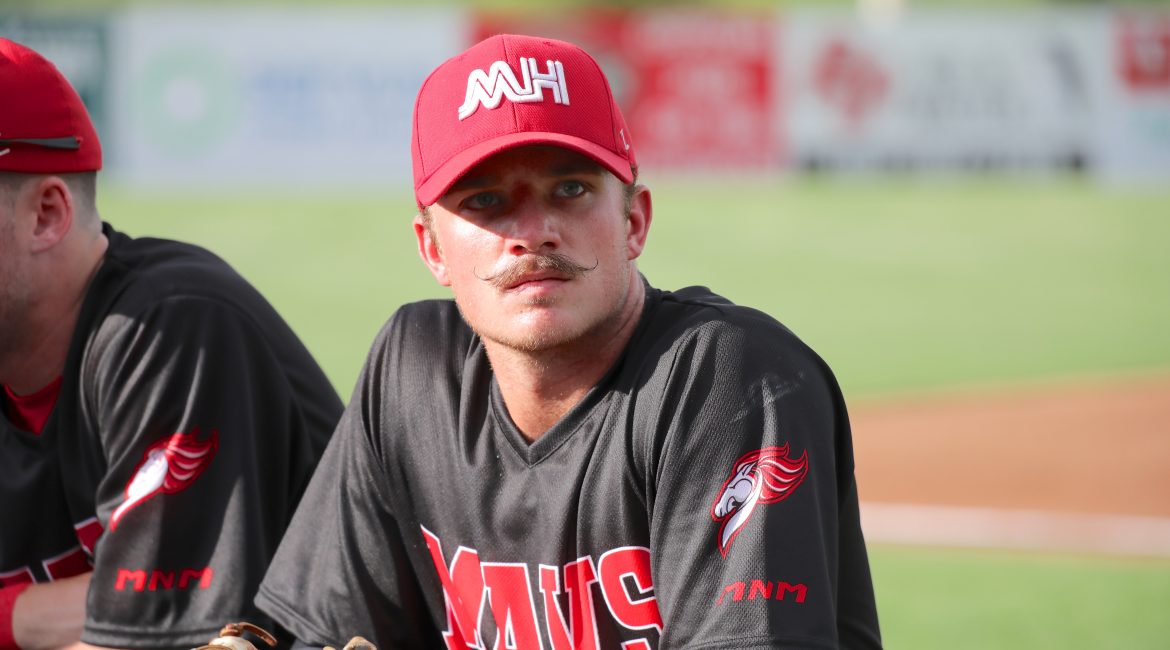 The Mavericks played one of their best games of the season on Sunday.

Mavericks head coach Tyler Jeske said their sustained tempo throughout the game started on the mound and was critical during the 30-plus celsius weather. Which is something he said they managed with their pre-game warmups.

“I literally asked Robinson, ‘how long do you need to get ready’ and said that’s what time we’re gonna get there,” Jeske said. “We’re not spending extra time in the heat without a cool, comfortable place to go. We showed up and guys were ready to go and from the first inning through the end we had a high level of energy, our focus and energy level was extremely, extremely high and where it needs to be.”

The Mavericks entered Sunday’s contest on the heels of a 6-4 loss to the Weyburn Beavers who trail them in the East Division standings. That loss followed the Mavericks 10-9 win in Swift Current against the 57s that had a delayed start due to a Mavericks blown bus tire.

The road trip through Saskatchewan comes as the Mavericks sit in fourth place of the East Division – the final playoff position. They are nine and a half games back of the first place Moose Jaw Miller Express but are only three wins behind Swift Current in third and seven behind the second-place Red Sox entering Monday night’s contest.

The Mavericks were in Regina for a 7:05 p.m. contest that was postponed due to a rain delay in the first inning. A make up date has yet to be announced.

Their next action is tonight in Moose Jaw with a double-header against the Miller Express. The first game gets underway at 5:05 p.m. and the second at 7:35 p.m., with both contests being seven-inning games.

Jeske said Monday night’s game will dictate their mindset heading into the double-header.

“Garrett Nicholson will start game one and then after that, I haven’t really haven’t thought too far beyond that,” Jeske said. “We have a baseball game tonight and if we have an opportunity to win tonight and it means emptying the bullpen, then we empty the bullpen and we can deal with tomorrow when tomorrow comes. It all goes back to just being able to have energy and focus. Double-headers are long, they’re a grind.”

He said it will be a good test of the team’s maturity as they stay locked in for both games while moving past the results of the first game once the second contest is underway.

The Mavericks next home game, Wednesday at Athletic Park against Moose Jaw, is a special one. Mike Frostad, who was a part of the 2021 World Series champion Atlanta Braves as an athletic trainer, is bring the World Series trophy to Athletic Park. Fans will have an opportunity to take photos with the trophy for $10 with proceeds going to Medicine Hat Little League.

Jeske said he’s never seen the trophy in person before but is excited for the night and what it can show his team.

“You always start with a dream of winning the World Series and I think that it has the opportunity to serve as a really cool reminder of what the dream is, what the end goal is or the big picture,” Jeske said. “Guys playing are aspiring to playing in the big leagues and that’s the goal, the World Series. Then you scale that back down to the Medicine Hat Mavericks and what we’re trying to accomplish this summer and it’s kind of symbolic to me what the goal is and why play the game to win. It’s going to be a unique community experience and I’m really looking forward to just playing a home game as well. We haven’t played many of those the last few weeks, so to have that is like icing on the cake.”