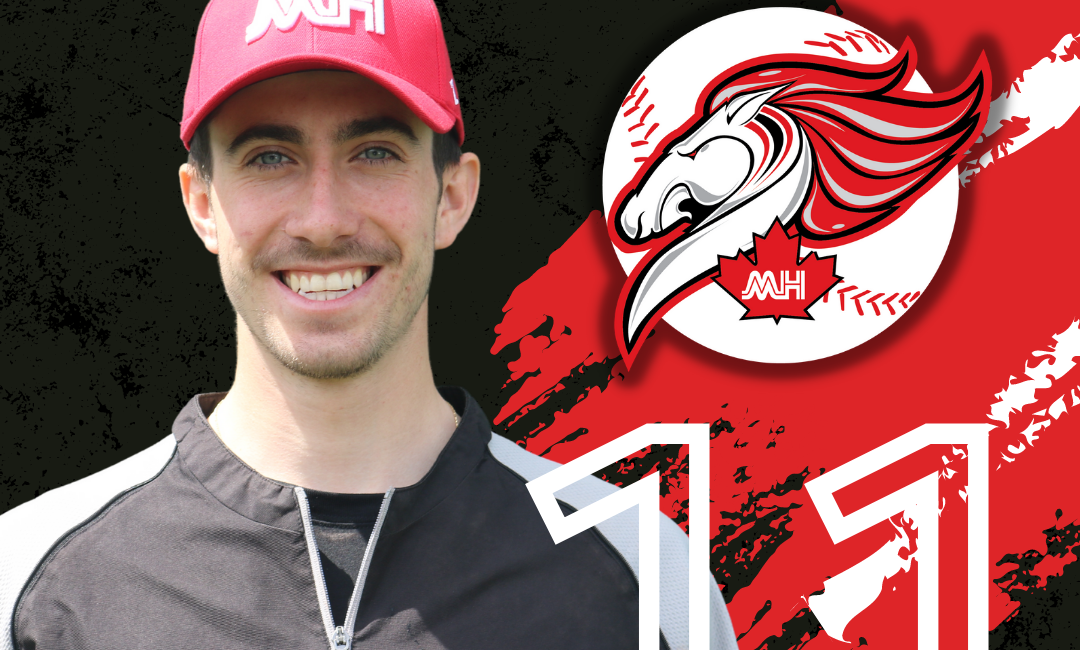 Ethan Bromley approaches each start with the mindset of enjoying it like it’s his last.

The Calgary product recognizes he’s not the hardest thrower on the Medicine Hat Mavericks staff and says he likes to challenge hitters and wants them to hit the ball. Bromley said he is a big believer in meditation and slowing the game down.

“Obviously it gets overwhelming as the game speeds up around you, so I try to enjoy it as if it may be my last start,” Bromley said. “I feel how my body is and all I can really control is the current pitch. Whatever happened previously, I can’t really change that. So I just try to execute on that pitch and then take a breath and continue.”

When he’s on the mound, Bromley works to slow his heart rate by focusing on his breathing.

So when he was the starter for the Mavericks first home opener since 2019, Bromley said it allowed him to take in and enjoy the moment of pitching in front of the biggest crowd of his career.

“If you’re not used to that, it’s gonna be hard to control a baseball,” Bromley said. “It allows you to take a moment, kind of reset yourself.”

Bromley picked up the win on the mound in the Mavericks’ 9-3 home opener victory against the Moose Jaw Miller Express. The 21-year-old didn’t pitch in the team’s 9-8 loss to the Edmonton Prospects on Wednesday at Athletic park but followed along on the bench.

He said the Mavericks can use a loss like Wednesday’s to get closer as a team. Bromley was the Mavericks’ starter Thursday in Lethbridge. Medicine Hat lost Thursday against the Bulls 9-6.

Mavericks head coach Tyler Jeske said he told Bromley after Wednesday’s loss he needed him to step up and eat innings. Jeske said Bromley brings a mature presence to the mound and is the guy he knows he can ask to step up.

When he isn’t starting Bromley is often one of the louder players on the Mavericks’ bench, cheering on his teammates. He said it’s all about just having fun and keeping the energy level high.

“I’m a big advocate for just everyone feeling comfortable, it’s obviously important with momentum shifting, and baseball, it’s a challenging sport when you go up and down through struggles,” Bromley said. “If you can stay positive, have a good time out there and focus at the same time … that’s really what it’s about.”

Just as he supports his teammates from the dugout, they had his back last week when he had to leave the team for a day to attend his graduation from the Haskayne School of Business at the University of Calgary.

“They all understood it’s once in a lifetime, it’s a big achievement,” Bromley said. “Really cool to have them all so excited for me.”

When he’s not at Athletic Park, Bromley says he’s liked working out at Temple Fitness or golfing at Cottonwood Coulee Golf Course. Bromley said he’s a Taylormade-only golfer and is trying to get as close as he can to a scratch handicap.

He’s also trying his hand at cooking while living alone in the Hat. He’ says he’s not yet ready to cook for his teammates, and will let some of his go-to spots around the city handle that like Ralph’s or Days-off Pub.

Coming from Calgary, Bromley’s family can make the trip to home games a little easier than some of his American teammates. He said they were in attendance for the home opener and he can shoot home for a visit if he needs to. He said this season’s home opener wasn’t the first time he was at Athletic Park but it was the most exciting time.

“I remember in Little League, I would have been 12 years old, coming to watch the Maverick games was extremely exciting. So actually being on this field and feeling like people are coming to watch me, is incredible.”

Bromley and the Mavericks are back in action at Athletic Park tonight when they host the Brooks Bombers. That game gets underway at 7:05 p.m.